Now that we have reached September and grape harvest season is on its peak here in Spain, we would like to let you know a bit about it… 🍇🍷

This grape harvesting period happens between August and November in the northern hemisphere, while in the southern hemisphere it is between February and April, approximately

September is the month of numerous grape harvests on the Iberian Peninsula. Wines made from them, or actually the process of preparation, attracts many tourists to Spanish municipalities. 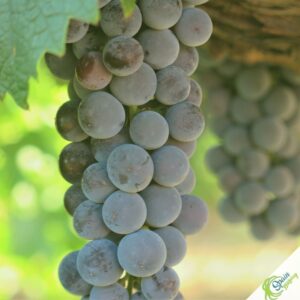 Every year in Spain there are more tourist routes and companies specializing in guiding vacationers, mainly foreigners on grape plantations and wine factories. Small growers also benefit from this, because not only municipalities, but also individual owners of grape growing and wine-making companies are seeking to organize events to attract foreign tourists.

There are more and more mass events in Spain, the so-called “vendimias”, related to the grape harvest starting in September and usually lasting until the end of October. Local governments are particularly favorable to places far from the main tourist routes and often organize festivals on their own initiative to promote local drinks and the region. 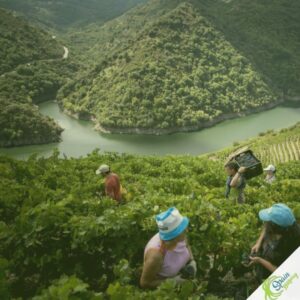 One of the most popular wine festivals in Spain is organized in Catalonia. In the Barcelona province, famous for its Penedes, Alella, Pla de Bages and Cava wines, several dozen events related to grape harvest are taking place. Beside Catalonian festivals, other popular festivals are in Jerez and La Rioja, but we also recommend to visit Galician ones, as we have astonishing vineyards in Ribeira Sacra, where grapes are collected only by hand, because of the steep terrain.

Organizers of festivals often encourage local people to dress in the traditional costumes of the region in order to make the holiday more attractive to tourists. The offer is already so extensive that there are specialized companies organizing wine tours tailored to the pockets and expectations of individual customers. Among the original designs is a tour around the vineyards with a quad bike, helicopter and picnic in the middle of a wine plantation. 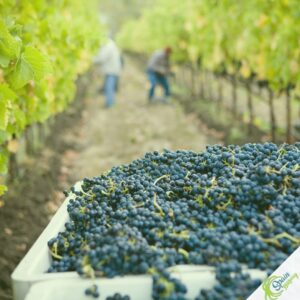 Grape harvest festival itself is a great opportunity to get to know Spanish culture more, because wine is a big part of it. You will be able to visit wineries at their open days, see the winemaking process, try different kind of wines (of course accompanied with delicious food), and take part in parades, folk dances, competitions etc.