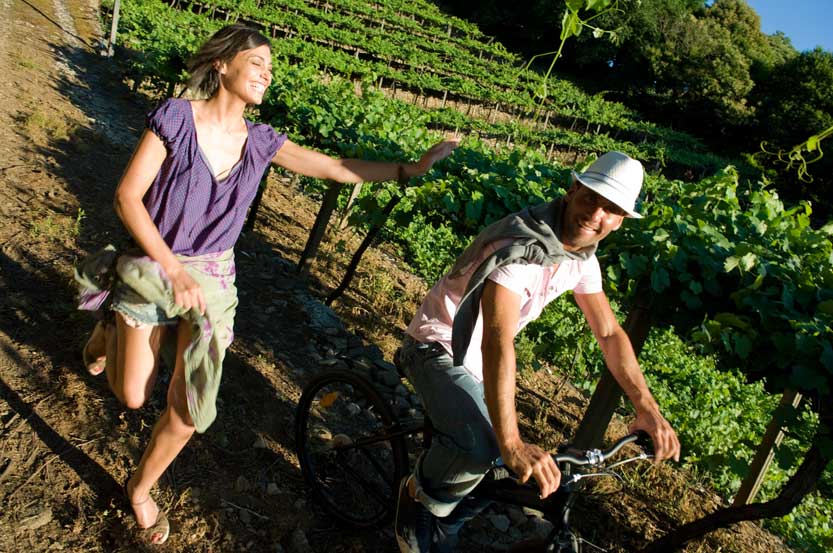 I'm travelling to Spain, and now?

1) WHAT TO BRING: The weather in Spain varies greatly from region to region; the north is wet and cold, while the south is dry and hot. In general terms:

2) DOCUMENTS: If you are from the UE, your ID is enough to enter the country. If you not, you would need a valid current passport and a VISA in some cases. You will find more information on the following link:

We highly recommend traveling with a Travel Insurance. Medical costs are lower in Spain than many other European countries, but can still mount quickly if you are uninsured.

3) MONEY: The most convenient way to bring your money is in the form of a debit or credit card, with some extra cash in case of an emergency. Many credit and debit cards can be used for

withdrawing money from “cajeros automáticos” (ATMs) that display the relevant symbols such as Visa, MasterCard, Cirrus etc. There is usually a charge (around 1.5% to 2%) on ATM cash withdrawals

4) INTERNET & ELECTRICITY: Voltage is 220V, 50 Hz. Wi-fi is almost universally available at hotels, as well as in some cafes, restaurants and airports; generally (but not always) it’s free. Connection speed often varies from room to room in hotels (and coverage is sometimes restricted to the hotel lobby), so always ask when you check in or make your reservation. Some tourist offices may have a list of wi-fi hot spots in their area.

5) TIPS: Tipping is almost always optional. In the restaurants many Spaniards leave small change, others up to 5%, which is considered generous. In the taxis it is also an option, but most locals round up to the nearest euro. At the bars it is rare to leave a tip (even if the bartender gives you your change on a small dish).

6) EMERGENCY SERVICES: Tap water is safe to drink in Spain. If you need an ambulance, call 061. For emergency treatment, go straight to the “urgencias” (casualty) section of the nearest hospital.

“Farmacias” offer valuable advice and sell over-the-counter medication. In Spain, a system of farmacias de guardia (duty pharmacies) operates so that each district has one open all the time. When a pharmacy is closed, it posts the name of the nearest open one on the door.

7) THE DRIVING: If you come from a member state of the EU you only need to carry your current driving license. If coming from another country, you must have an International Driving License. To drive in Spain you must be 18 years old or over. To hire a vehicle, 21 years old or over. Many companies also requires you to have had your driving license for a minimum of one or two years. Remember that you must also have a credit card when hiring the vehicle.

– Talking on a mobile phone is prohibited while driving, unless you use a hands-free system.

– A reflective jacket must be used when getting out of the car on the road or the hard shoulder.

– Warning triangles must be deployed if the vehicle has stopped on the road or hard shoulder.

– The installation and use of devices designed to elude surveillance by traffic police is strictly prohibited.

– Overtaking can only be done on the left side of the car which you wish to pass.

– It is advisable to use your lights during the day in order to improve your visibility.

– Established speed limits must be obeyed: 120 km/h on dual carriageways and motorways, 100 km/h on conventional roads, 90 km/h on all other roads and 50 km/h in built-up areas.

– Seatbelts must be worn by driver and all passengers, in front and back seats.

– Helmets must be worn on motorbikes and mopeds.

– Parking in public thoroughfares is not always permitted or free. In many cities the parking areas are regulated and subject to payment. Normally these can be identified by the presence of parking meters in the vicinity.

9) SAFETY: Travelling in Spain is generally safe: it is ranked 17th out of 162 on the safest countries ranking. Most travelers will never face any kind of serious threat or danger, but petty theft is a serious problem in urban as in Madrid and Barcelona touristic places, with small groups of thieves working together to distract you in order to steal your wallet. If you travel by car, never leave anything valuable in it – especially if it is a rental car: thieves occasionally operate on parking areas. Beaches are also common targets for thieves: never leave anything valuable unattended when you go swimming. Be especially vigilant for bag and phone thieves at transports hubs like train stations, airports, restaurants, outdoor cafes, beaches and on public transport like metro.

10) OPENING HOURS: Spaniards are known to have a different approach to daily life from other Europeans. Typically, the day starts late, they have lunch only between 1 and 3 pm, dine very late (around 10 pm) and take the famous afternoon nap known as the siesta! Shops usually start opening between 9 am and 10 am and close between 8 and 10 pm. Almost everything closes between 1:30pm and 5 pm (lunch time). This includes most retail shops / pharmacies / post offices / banks / offices / police stations. The only places that will stay open during lunch time are bars, restaurants, bakeries and larger supermarkets (usually open from 9 am to 9 or 10 pm) as well as the shops at the mall (The Malls will stay open from 10 am to 10 pm).

Most shops are not opened on Sundays or on Bank Holidays.

If you want to know more about the Spanish habits at lunch time, you need to read the following link: SPANISH CUSTOMS AT MEAL TIME.